In accordance with the NYS mandate, masks will be required upon entry and any time you are not drinking.

Come celebrate Hartley’s Encore’s 5yr Anniversary and help support a good cause as we raise funds for Shelter’s of Saratoga. 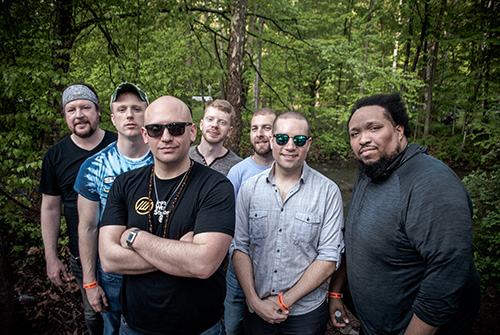 Hartley’s Encore is a funk/soul band from Albany, NY. Their mission: making music that’s equal parts soundtrack to your Saturday night and bacon for your Sunday brunch. Frequently FUNKY—and always soulful—H.E. is the house band at your dance party for the apocalypse.

They have shared the stage with established icons, and stars of today’s scene, such as Los Lobos, Eric Krasno (Soulive/Lettuce), Adam Deitch (Lettuce/Scofield/Break Science/AWB), Erick “Jesus” Coomes (Lettuce/Dr. Dre/Snoop Dogg/Talib Kweli), Sam Kininger (Soulive/Lettuce), and the Nth Power, as well as future stars, and artists on the rise, like Brandon “TAZ” Niederauer, and Kat Wright.

Hartley’s Encore was proud to share “Eyes Open’” with the world in April 2020. It was the 4th single release of 2019,-2020 (post-debut -EP) coming on the heels of “Feels So Good,” and “Burnin’,” and “All To You,” which have steadily racked up streams/plays, and continue to earn the band a growing fan-base (in new markets) since they dropped  in 2019. The band was (again) blessed to have iconic drummer/producer Alan Evans (of Soulive) record and mix the single at his Iron Wax Studios in Erving, MA. Evans previously worked with the band on Feels So Good,  Burnin’, and All To You, as well as the Hartley’s Encore EP (released 4/20/18)…

HartleysEncore was nominated in January 2020 for an (Upstate NY/Capital District NY)  EddieAward in the “Best Jam Band” category (winners announced April 2020).  They were were also selected by NYSMusic.com (in its annual year-in-reviews) as one of the “Best Under The Radar Bands” in New York State in 2019,  and as a “[Band] You Should Know,” in 2017. Both their recorded material and high-energy live shows have received positive reviews: Flea Market Funk (Record Review); A & R Factory (Single Review); NYS Music (Record Review); NYS Music (Live Show Review); Times Union (Albany, NY); Spotlight (Albany, NY); NYS Music (In-Depth Interview). 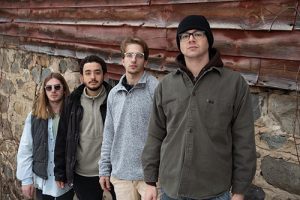 Hilltop is a New York based, four piece ensemble that focuses on playing many genres and taking their music to different levels through improvisation.
Website: www.facebook.com/hilltopny
Prev Next