From his suit and shiny black shoes, to his powerful vocals filled with raw emotion, this veteran musician will immerse you in a deep river of the blues.

George Boone began playing live on stage at the age of 12 in the greater New York area. He won the respect and accolades of the great players in the blues scene. He has graced the stage in the United States, Japan, and Europe, performing at international blues festivals, New York City clubs, concert halls and local dives. George Boone has shared the stage with legendary blues greats such as Albert King, Screaming Jay Hawkins and Johnny Copeland, to name a few.

George Boone, along with Raoul Bowman on five string bass, have toured and played together since they were teenagers, creating the rhythm and blues/jazz sound they are known for. George’s guitar whispers, then screams, with the steady funky bass behind him.

George’s album of original tunes, Stranger in my Hometown, is as down and dirty as it gets. From the autobiographical “Stranger in my Hometown” to the bad boy “Catch Me If You Can”, this album covers a spectrum of styles, all George Boone. It becomes quite obvious that, as Matt Smith wrote in Metroland magazine “I think George Boone is one of the most amazing guys I’ve seen. He’s the real thing…” 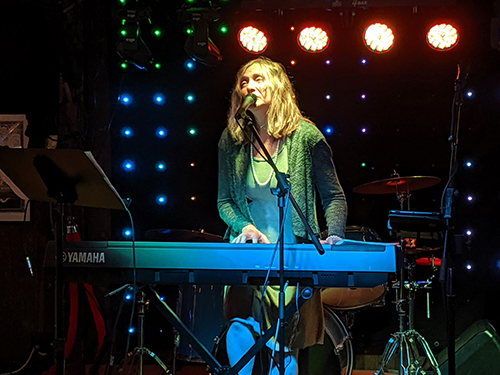 Leslie writes about a lifetime of experiences, sings her heart out, and keeps creative time on her instrument. If you’ve ever been in love, wish you were, or have a little philosopher in you, you will find a friend in Leslie. 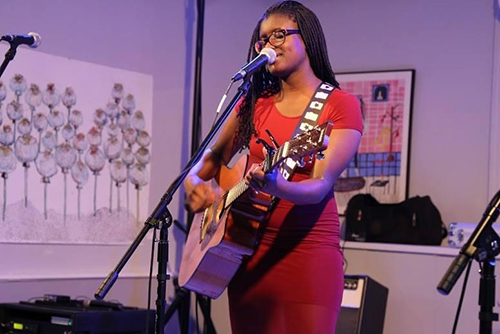 In 2010, she won the Pittsfield Talent show and in 2012 was a Berkshire Idol winner in the 12-16 year old category. She has recently won the Pittsfield High School Talent Show and performed at the Pre-Show concert for Shakespeare and companies production of Romeo and Juliet as a part of the Shakespeare in the Park series.
Christine writes lyrics, composes, and arranges her own songs. Christine has performed throughout Berkshire County including at 3rd Thursdays on the Rock On and Berkshire Rocks stages, at the Market Place (Pittsfield), Juice N Java (Pittsfield), Gypsy Joynt (Great Barrington, MA), Jacks Place (Albany,NY) and The Colonial (Pittsfield).
Some of her influences include Tina Turner, Michael Jackson and Whitney Houston.
Website: www.facebook.com/ChristineBileMusic
Video: www.instagram.com/tv/CQliGuEg3V3
Prev Next