Ryan Clark is a Nashville recording artist who is quickly making a name for himself in the industry. He is a singer-songwriter whose got that pop-country Nashville sound that is allowing him to independently explore music. He released an EP titled Take a Chance and a follow up single Show Me How which is just shy of 500,000 streams. Nothing but Everything is new single off his upcoming record coming out 3/20/20. 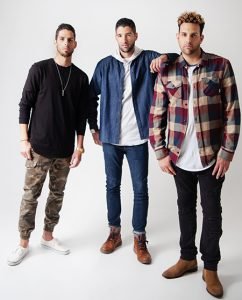 Holiday State is a country/pop music group started in 2014, made up of brothers Brandon, Brett, and Bryan DeLaura from Orange County, CA. Raised in a home that encouraged creativity and provided a constant musical influence, the brothers showed a passion for music at a young age. Their debut nationally distributed single, “Friday Feelin'” was released in May 2019 and was featured on Spotify’s New Music Nashville playlist and mega-blogs, Taste of Country, and The Boot. It is available on all streaming platforms.