It’s a Lingerie Springfest with Love & Hip Hop’s own DreamDoll.  The night will be filled with beautiful ladies in their sexiest lingerie, with performances by DreamDoll, Savage Beauty, Shaq Kobe, SF Wooh and SF Loso.  DJ Nick Lake and DJ TGIF will be spinning the music all night and host King Snito will be in the house as well.  The evening will also feature a Battle of the Cheeks Twerk Contest, the winner of which will receive a $500 Cash Prize! 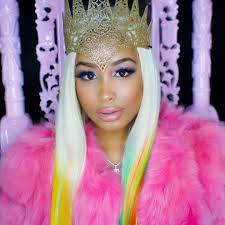 Tabatha Robinson, known professionally as DreamDoll, is an American rapper.  Robinson was born and raised in Bronx, New York and is originally known for being an original cast member on Bad Girls Club: Social Disruption and being a supporting cast member on VH1’s Love & Hip Hop: New York (season eight). Her debut EP, Life in Plastic, was released on 20 September 2017.